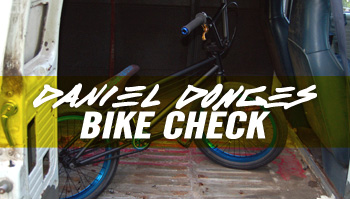 Our Australian rider, Daniel Donges has come to America for a few months to explore the states and ride as much as he can. And to do it cheaply he got himself an old Chevy van that he now calls home for his stay here. Eastern also hooked him up with a fresh new ride too. Below is what he is riding.

Donga stoked on his new ride and van.

One of Donga’s hook-ups back home, Back Bone BMX.

this is awesome, a whipped out three.