Skip to content
Well not really but this weekend was b-e-a-utiful. I went home to pittsboro to ride my house and see the folks. A couple of week ago my dog Scarface passed away and my dad was feeling down so my mom got him another puppy. The dog is awesome although not quite as gangsta as Scarface.

I headed home friday after class and went straight to the Eastern office in Raleigh to bother the busy sales guys and annoy Leigh. Soon after I got kicked out I met up with Trey Doig, Zack Roberts, Zach Rogers, Eric Holley, and Nick Anderson. We rode NC State campus and had a grand ole time. Everyone of those guys can shred and riding with them is always fun. Afterwards I headed out to the sticks, Pittsboro.

Saturday my roomate and bike shredder Kevin Albritton came out to the house to ride. The weather was awesome and we had a good time. Kevin is super dialed, kills it on his bike, and can invert like no ones business. I felt like we were both riding good and we had all intentions of making a little day edit to post up here but it did’t work out. Kevin decided to try flairs and I randomly decided to try also. Turns out I can’t do them anymore and Kevin can do everything but land it. After slidding down the ramp quite a few times each we called it a day and went to the local mexican joint to eat.

Sunday we ate a huge lunch with my family then headed to the ramps to attempt the filming again. There we realized not landing flairs makes you sore the next day. We rode about 30 minutes and called it a weekend. Now I’m here writing this, about to head back to Greenville.

Hope you liked this book. 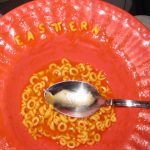