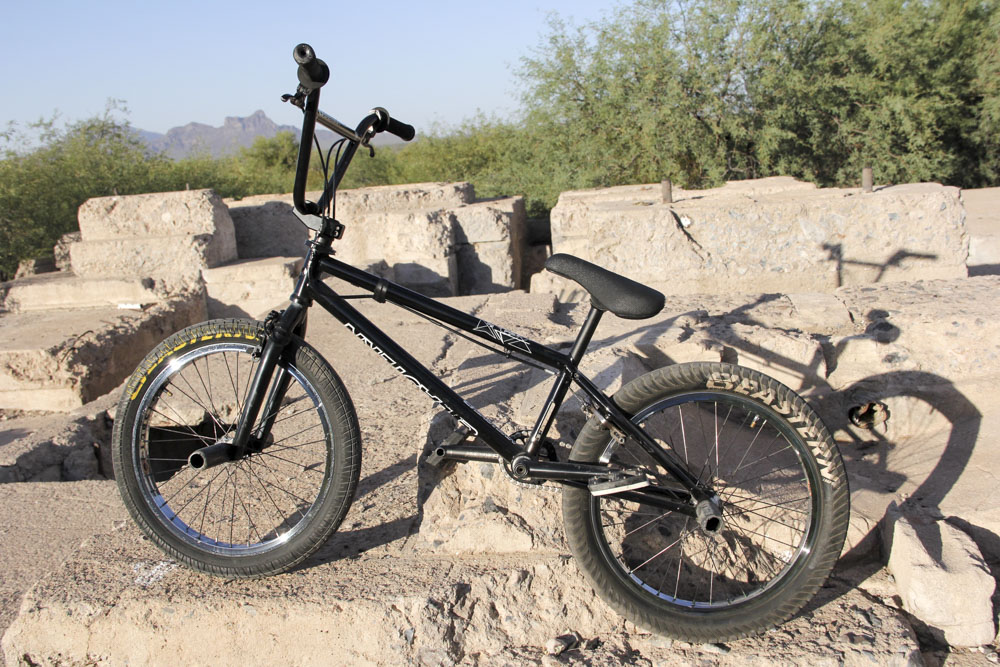 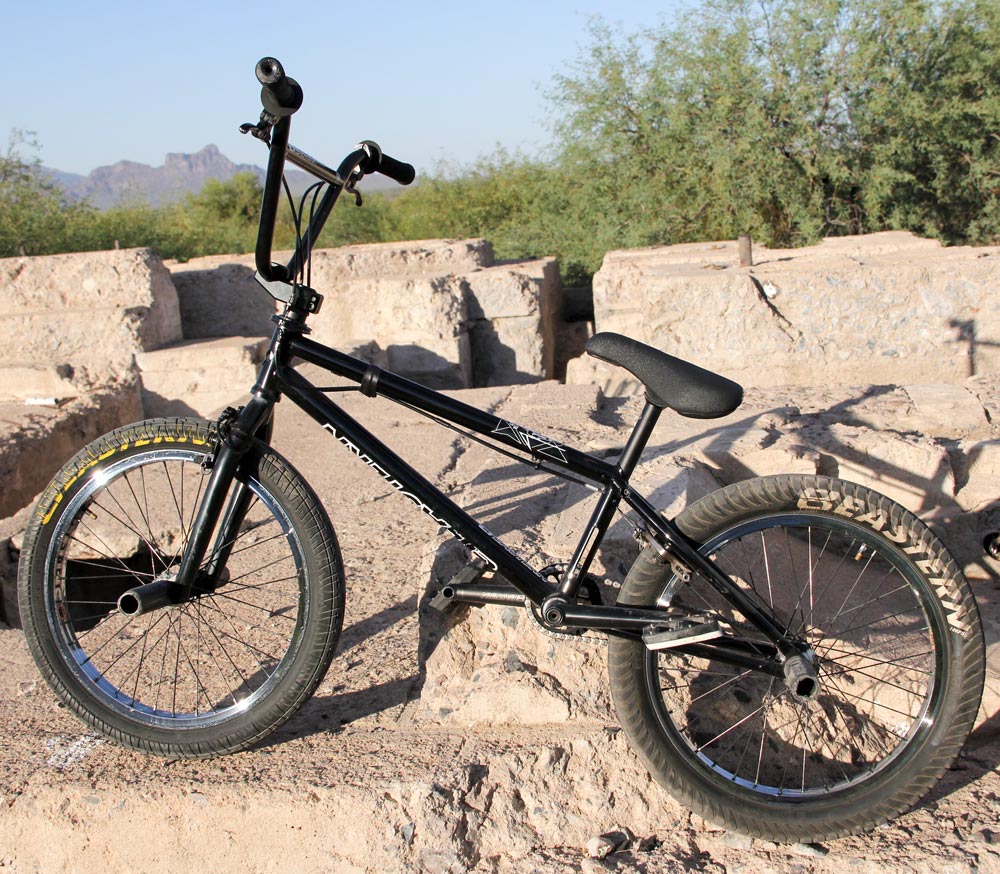 Adam Banton setup a fresh Grim Reaper and decided to go search for spots in the desert. 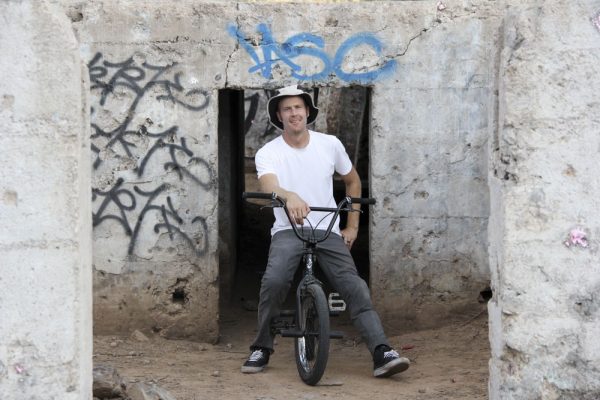 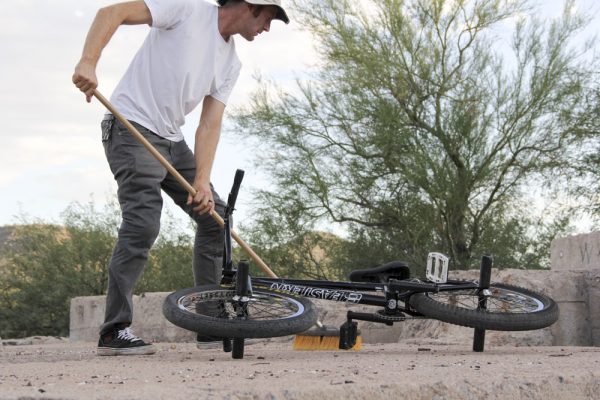 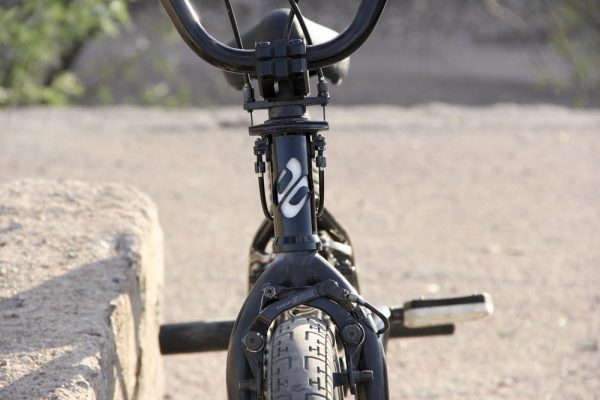 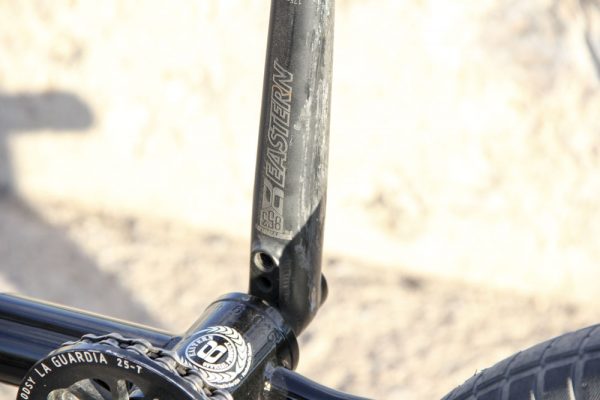 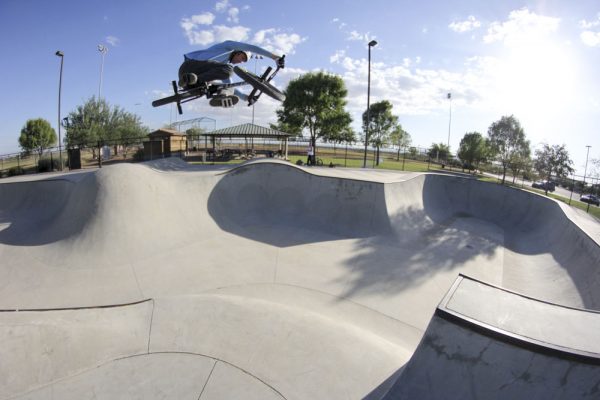 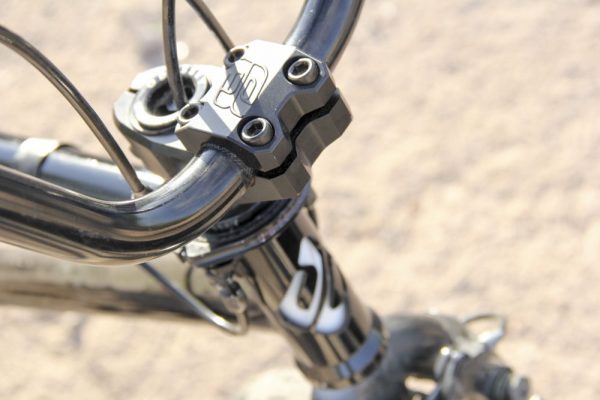 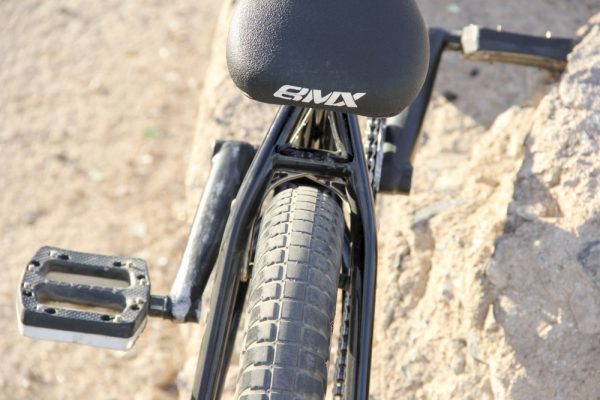 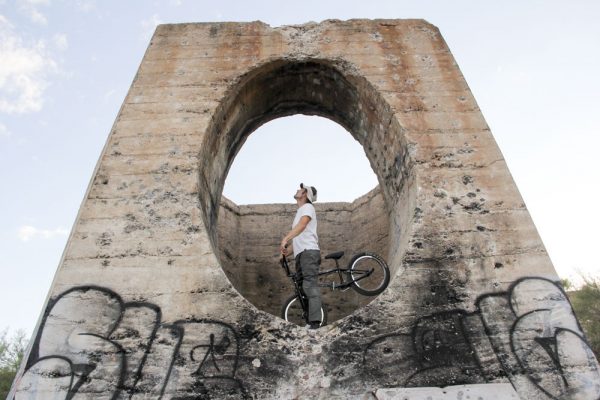 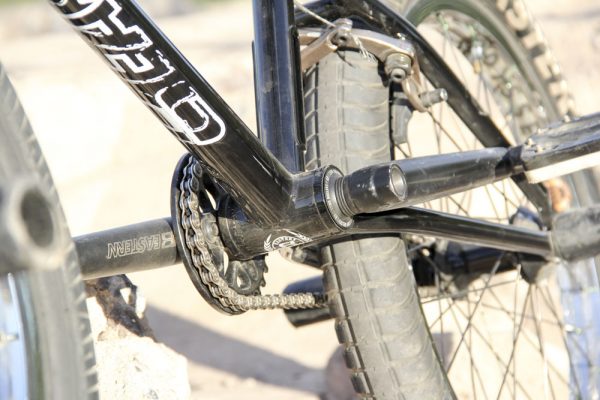 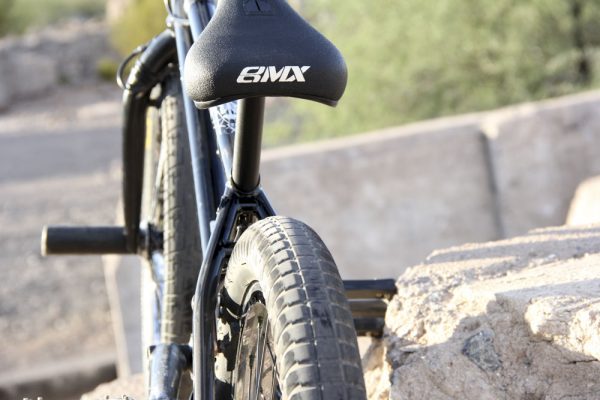 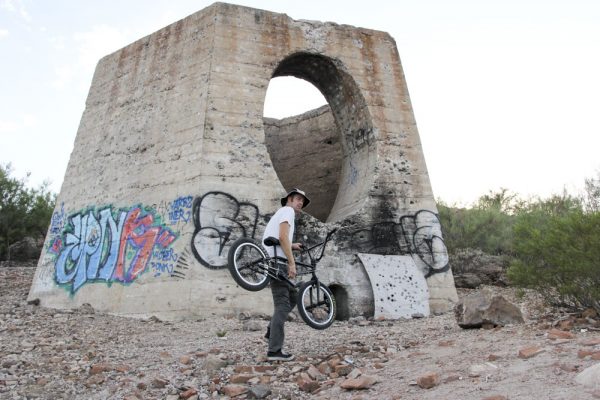 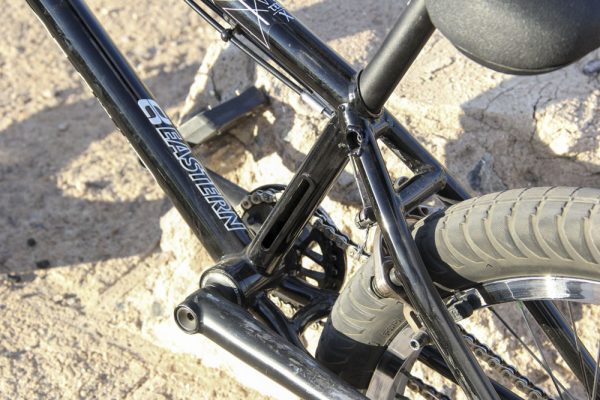 To me, it’s funny when I see pictures of myself 5, 10, 15 or more years ago and my bike is basically the same, happily it has been an Eastern for over 10 years strong. My set up has remained true to the core of my riding. I kinda feel lucky in a way I found my preferred set up early on. Sure I have taken off my brakes, pegs, dropped my seat, ran a tall gearing, done the coaster thing and tried on all the other trendy ways to configure your bike. It was fun but I always found I missed that extra element I had removed. I guess it reflects on where and what I ride. I have always enjoyed riding everything. My focus has surely moved around from park, street, dirt, vert and pools through the times but I enjoy the hunt, search and destination of anything that looks like it may be ridable now. I like having all the options to shred what ever I may find. No run out of that perfect ledge? I have brakes to stop. Flat bottom in a pool only 2 ft and tight? 25/9 gearing will get you up to speed. I guess those are just a few scenarios I can recently recall. Oh and hills. I pedal up plenty of hills to get to some crazy ditches I seek out. I appreciate 25/9 gear pedaling up a gravel fire road with a backpack on my back and a camera bag on the front. And coming back down? Brakes come in real handy for that too! Setting up your bike for you and what you ride is an element I feel has been forgotten about with the instant trends everywhere. Try new things, go by feel and ride new territory. The rest will come easy. -Adam Banton

Chain: Eastern Half-Link
Rear Wheel: Custom
Rear Tire: Eastern Curb Monkey 2 prototype 100psi 2.4″
Plastic or steel Pegs: Plastic. Over all they work best for what I ride.
Brakes: Yes, they are still fun for me

Any Mods? I drilled the frame out for a straight pull single cable set up for the lower Gyro cable. Takes some time to set up, but once its dialed in you don’t touch it at all. So much better than traditional.

Tire pressure choice?  Between 80 and 90lbs. Depends on what I’m riding.

Didn’t you use to ride a Freecoaster? Yeah, way back. I would go through phases. Around 98-01′ I was on one and filmed a few video parts with them, doing almost all fakie stuff. I have a Ezra Freeocaster wheel built up and through it on when I get the urge. They are still fun and I love the Ezra design.

Any new edits in the works? Yep. I have a Woodward edit that will be dropping on Christmas Day. I spent a week at East and filmed a full edit there. I got a concussion a few days before I arrived and was a bit beat up, but real happy with what I filmed that week.  It was my first visit there in over 10 years so I was super excited to see all the new stuff. I also spent time in the music studio camp has and wrote and recorded a new song that is used in the edit. Stoked to share it with everyone for the holidays.